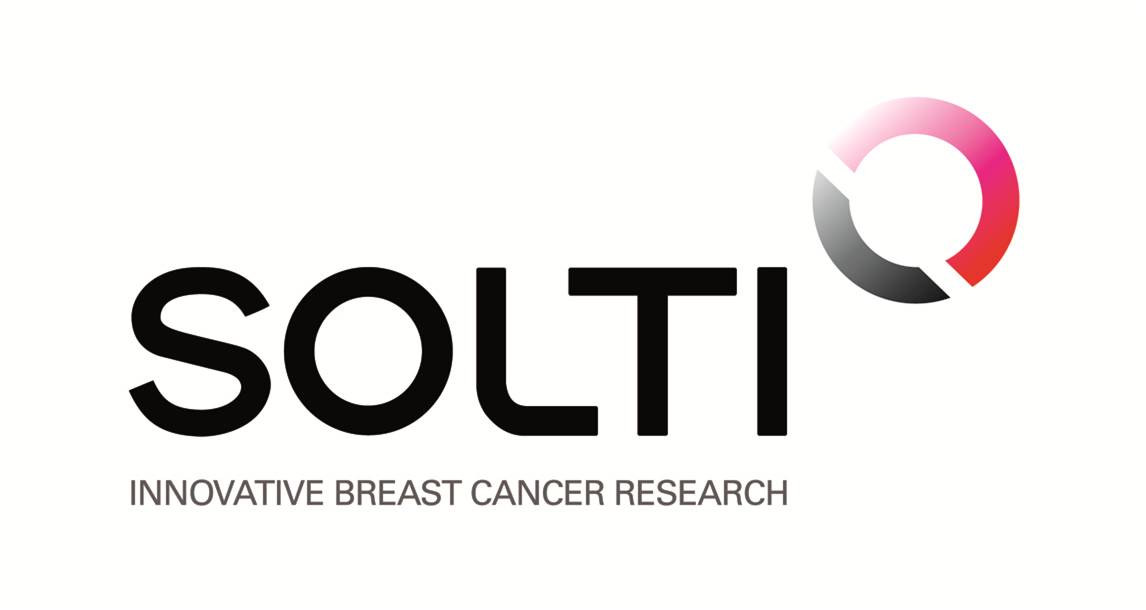 After a single administration of this anti-HER3 immunoconjugate, the tumor shrank or disappeared in 45.8% of cases

The first results of SOLTI’s TOTHER3 study also demonstrate biological changes such as the infiltration of immune cells into the tumor after administration of the drug, as well as a decrease in proliferation and high anti-tumor activity

These results were presented at the San Antonio Breast Cancer Symposium (SABCS), which was also the setting for the update of the results of the PATRICIA, IPATHER, ONAWA and PROMETEO studies promoted by SOLTI

Barcelona, 13 December 2021.- The first results of SOLTI’s TOTHER3 study, the first trial to test the immunoconjugate drug patritumab deruxtecan in patients with previously untreated hormone-sensitive (HR+)/HER2- early breast cancer, show tumor shrinkage in 45.8% of cases, and significant biological changes in the tumors: 57% of patients report an increase in immune infiltration and a decrease in tumor cellularity. These results were presented at the San Antonio Breast Cancer Symposium, held in Texas (USA).

TOTHER3 is the first study to prove the benefit of this ADC treatment – which until now had only shown efficacy in advanced disease – also in previously untreated early disease. The study is led by Dr. Aleix Prat, president of SOLTI and head of Medical Oncology Department at Hospital Clínic de Barcelona, and Dr. Mafalda Oliveira, member of SOLTI’s Executive Board  and medical oncologist at Vall d’Hebron University Hospital and Vall d’Hebron Institute of Oncology (VHIO).

According to Dr. Aleix Prat, principal investigator of TOTHER3: “the results show a high anti-tumor activity of the drug in newly diagnosed early RH+/HER2- breast cancer: in almost one out of two cases the tumor shrunk if not disappeared. On the other hand, this study is a major translational research effort that is allowing us to observe important biological changes, resulting in the appearance of immune cells and a decrease in the proliferation of cancer cells after three weeks of treatment. Moreover, no additional toxicity has been detected in the first patients included in the study, confirming the safety of the therapy”.

ADCs are the latest therapeutic revolution in precision oncology and, in the metastatic or advanced setting, scientists predict it will change the course of the disease. Evidence from TOTHER3 could translate the benefit of such immunoconjugates to the treatment of patients with newly diagnosed HER2-negative early breast cancer.

The study, promoted by SOLTI and with the collaboration of the pharmaceutical company Daiichi Sankyo, involves a total of 80 patients and 10 Spanish hospitals. Results from the first 30 patients included in the trial were presented at the SABCS congress and the final presentation of results is expected in mid-2022.

Other SOLTI updates presented at the SABCS 2021 congress

In the framework of the SABCS 2021 congress, SOLTI also presented results from other ongoing studies promoted by the group. Firstly, the update of the PATRICIA study data –previously published in 2020 in the Clinical Cancer Research journal– stands out. This is the first study to molecularly select HER2+ patients prospectively, specifically including luminal subtypes A and B, which account for 40-45% of patients with HER2+ disease. Led by Dr. Eva Ciruelos, vice-president of SOLTI and coordinator of the Multidisciplinary Breast Cancer Unit of Hospital 12 de Octubre in Madrid and the Breast Pathology Unit of HM Hospitals in Madrid, PATRICIA demonstrates that the promising results already reported for progression-free survival are maintained, now after an average of 3 years of follow-up in this patient population, thanks to the combination of hormonal treatment and antiHER2 -palbociclib and trastuzumab- compared to standard treatment. The study is supported by Pfizer.

Also in the context of advanced HER2+ disease, the first results of the IPATHER study were presented, which aims to determine the safety and efficacy of the combination of ipatasertib, a potent AKT inhibitor, with trastuzumab and pertuzumab in patients with HER2+ tumors and a mutation in PIK3CA. This subgroup of patients, which represents 30-35% of all HER2+ patients, have less benefit from trastuzumab and pertuzumab maintenance therapy in first-line metastatic disease. “This analysis of results from the first patients included in the IPATHER study demonstrates that the combination is safe and side effects are manageable with supportive therapy. In addition, we have observed preliminary signs of efficacy,” says Dr. Mafalda Oliveira, co-principal investigator with Dr. Cristina Saura, member of SOLTI’s Executive Board, head of the Breast Cancer Unit at Vall d’Hebron University Hospital in Barcelona and medical oncologist at VHIO. Dr Saura adds: “we hope that the administration of the three drugs in combination can improve the prognosis of these patients”. The study is in collaboration with Roche.

The ONAWA study, led by Dr. Meritxell Bellet, member of SOLTI’s Executive Board and medical oncologist at Vall d’Hebron University Hospital in Barcelona and VHIO, is the first window of opportunity study to evaluate whether the drug onapristone extended release can inhibit tumor proliferation during treatment before surgery in postmenopausal women diagnosed with operable breast cancer. The patients in this study have hormone receptor-positive, HER2-negative tumors and levels of the cell proliferation marker “Ki67” above 10%. The results demonstrate the evolution of some tumors towards less aggressive profiles with a better prognosis, such as Luminal A. In addition, a shift towards more endocrine-sensitive disease is detected, which implies an increased chance of the tumor responding to anti-estrogen therapy. The study is in collaboration with Context Therapeutics.

Finally, SOLTI presented data from the PROMETEO study, which tests the effectiveness of two drugs in combination, one of them an oncolytic virus, in breast cancer patients at high risk of relapse, who have residual disease after neoadjuvant chemotherapy and currently represent an unmet medical need. New strategies such as immune checkpoint inhibitors and oncolytic viruses are opening up new possibilities in cancer therapy. This first analysis of study results shows that the combination of drugs validated by the study -oncolytic virus (T-VEC) and atezolizumab- is safe, without side effects, and effective, and has even led to the disappearance of residual disease in one patient, a milestone that had not previously been achieved with chemotherapy for 6 months. The study is co-led by Dr. Aleix Prat and Dr. Tomás Pascual, Medical Oncologist and Chief Scientific Officer at SOLTI, in collaboration with Amgen and Roche. 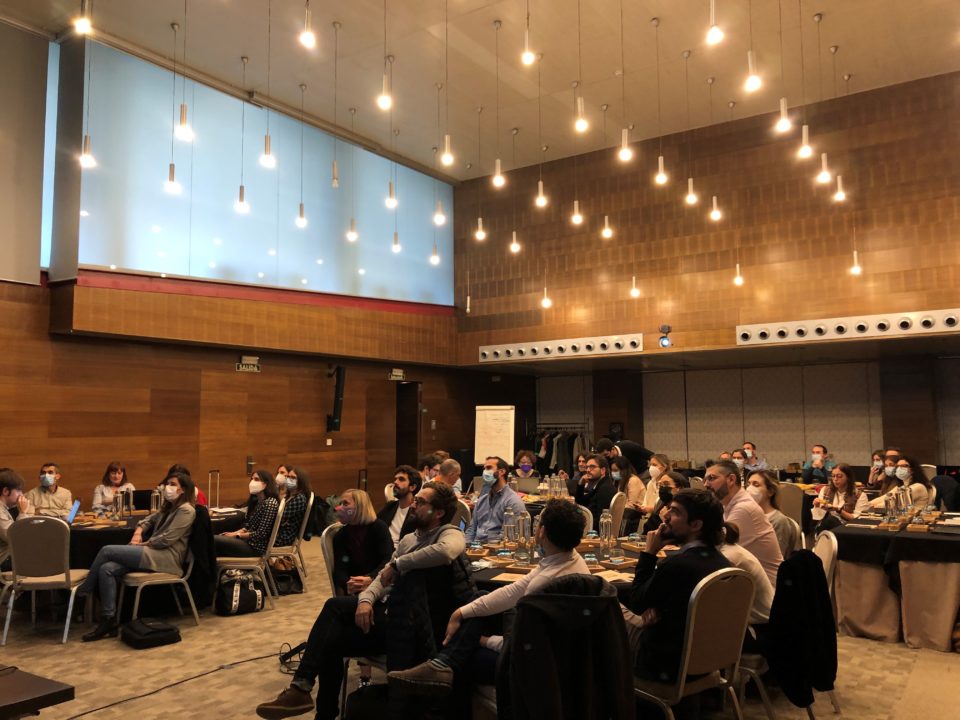 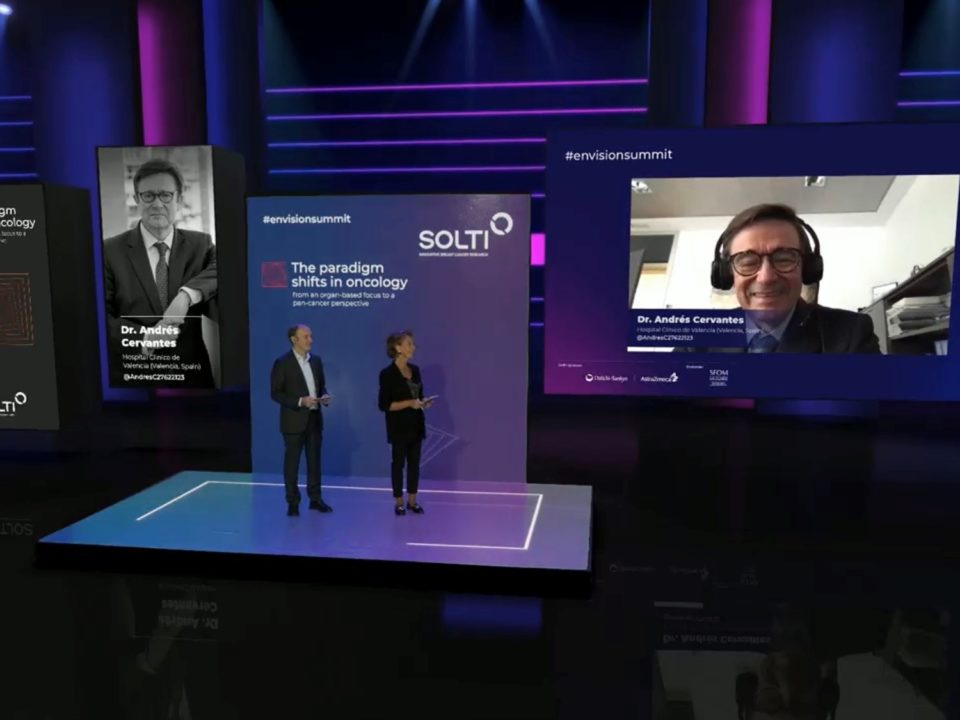